Sex is at the heart of everything. It’s the only real way of leaving a legacy - in the genes of the future. But there’s more than just the act - it’s the build up to it when wildlife shows its incredible diversity. It drives touching courtships and fierce battles. Hormones and sex drive are forces that shape behaviour and can change an animal’s purpose and persona. This is the story of how wild things get sexy. Without sex, there’s nothing. It’s a driving force throughout nature. The act of sex is mostly to make babies, but let’s face it, its foreplay that really counts - it brings out the best and the worst in the animal kingdom. Pre-coital courtship can give pleasure, but also gives the participants the chance to check each other out and make sure they’ve found the perfect match. It affects us all. Birds do it, bees do it, all the way through the animals kingdom. From fire flies who mix up their own chemistry sets to fill the forest with mood lighting, to mayflies that emerge on mass, by the millions to mate. Their vast orgies attract predators of all sizes. Fish risk their lives climbing rivers from the sea, and a barrage of bears and other predators - just for sex - but the mission is so strenuous it kills them, as soon as their eggs are laid, they wither and die. Sex and the hormones that drive it can turn cute and cuddly into a sex beast. It turns out the koala is a sex maniac, more into rape than romance. Many mammals, from guanaco (wild llama) to hippos chase, wrestle and bite their way to a romantic interlude. Huge male red Kangaroos even box. When it comes to wild sex, mammals are amazing, but its birds that are the real show stoppers. From dazzling peacocks to booming bustards, fighting turkeys to dancing birds of paradise, birds go all out on foreplay - though you sometimes have to wonder if it’s worth it - after all that parading their sex is over in seconds; There’s a lot of effort for very little reward. 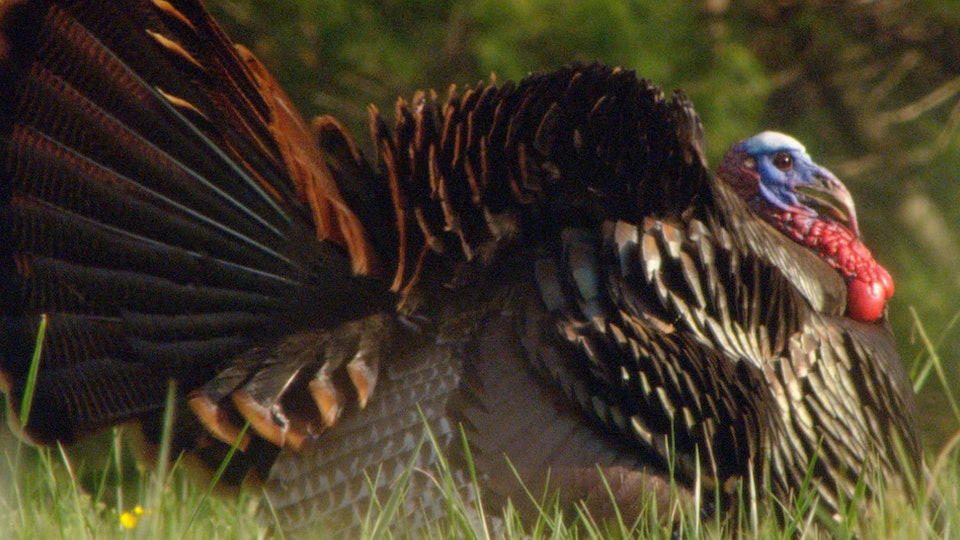