Charles Boyer and Hedy Lamar are the ill-fated couple in this Hollywood remake of the French classic Pepe le Moko. Boyer is Pepe, the jewel thief hiding out in Algiers’ mazelike and mysterious Casbah. Pepe is a master criminal who rules his field, but when he meets the beautiful Parisian Gaby (Lamarr, in her American film debut), he begins to question his shady existence. Directed by John Cromwell (Dead Reckoning, The Prisoner of Zenda) with dialog by noir master James M. Cain, Algiers was an influence on everything from Warner Bros’ Pepe Le Pew cartoons, to the making of Casablanca. 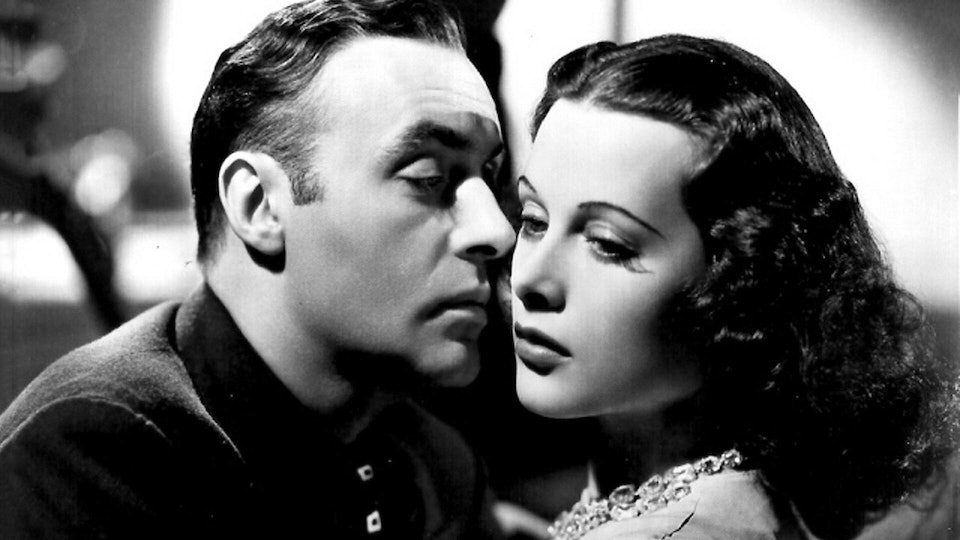